Atlanta, GA – (RealEstateRama) — Following JLL’s role as real estate and development advisor on the highly successful closing of the first ever, nine campus, $548 million student housing privatization in 2015, JLL was also hired as the Program Manager to represent the Board of Regents on four campuses with new student housing development included as part of the P3. The projects listed below were all completed on schedule July 15, 2016 and are now fully occupied. 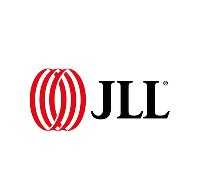 Betsy Peck Named to Executive Leadership Honor Roll of OnBoard